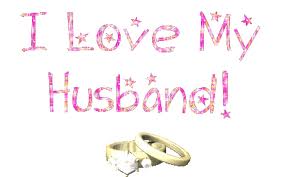 I’m happy that I married The Mister for so many reasons…he’s just a great guy, but there are a few things that I’m exceptionally happy about with him.  Things that I can pawn off on him that I really don’t like doing.  Now before you read my list, please don’t misunderstand me as saying that I cannot do these things…I’d just rather not.   I’m a woman and I roar (can’t you hear me?), but there are some tasks that I’ll happily hand over to The Mister…and I’ve chosen to call them Husbandy.  Or, things that a husband should do.

So, of course I know that I could do those tasks myself.  But isn’t the point of being a couple and a partnership that we don’t have to do everything ourselves?  I’d be willing to bet that some ladies’ husbandy things wouldn’t make my list (like, I love to grill and garden), just like you probably didn’t agree with all of mine.

Hit me up in the comments and tell me about your husbandy things!