I hadn’t heard about this Face Off series that Nightline put on with the title of “Why A Successful Black Woman Can’t Find A Good Man?”

Now, I know a whole bunch of you just sucked your teeth and rolled your eyes thinking, not this again.  I think it’s something to think about though.  I think that the program is mistitled though.  It would be aptly titled, State of the Black Family.  So I’d encourage you to look through the different conversations that are there…I’ve enjoyed it.  I especially liked Part 3 where you’re side swiped with the reality of Michelle and Barack Obama’s initial courtship.  It will check you, for sure!

These are conversations that need to happen in our community.  We need to talk about the real and not just the statistics.

Another teeth sucking moment?  Steve Harvey is one of the moderators.  Give it a shot though…it’s good!

As much as I think that folks aren’t wondering about this, because it shouldn’t be all that important to them…they do!  What am I talking about?  The baby question, of course!  Case in point, I had a convo (if you’d call it that) with a work friend that I hadn’t seen in a few months and this is how it went?

Ummm, wow…that was not what I was expecting to hear so soon into the conversation.  At least butter me up a little bit and pretend that you want to know how I’ve been before you ask that question.  I’m sure you recently married ladies get that all of the time.

Soooo, what’s the plan for human creation?  Hit me up in the poll and then I’ll write about the results in a couple of days!

Have y’all heard about this dude who is facing five years in prison for looking at his wife’s email?  It’s kinda crazy!

Here are the facts:

What do you think? 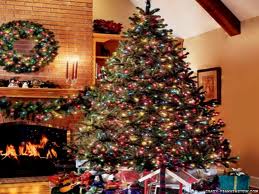 Hope everyone had a holly, jolly Christmas!!

So…are you and hubs thinking about getting preggers? December 18, 2010

Okay ladies, I know we’ve all heard the questions a million times…and it’s annoying.  But, I know a lot of us do want to add onto our little mini families.  I’m going to keep it real, I’ve got baby fever (and this’ll probably be the last time you hear that from me because it’s so cliche…okay, let’s continue) and I’ve been poking around the interwebs and have found some info.  There’s probably more you can do, but I’m sure you can’t go wrong if you follow these…

6 things to do if you’re planning on getting pregnant*

Oddly enough, I found this info because I’ve got some tummy issues that have seriously forced me to change my diet…then I found out that pregnancy requires a similar diet.  Two birds with one stone.  Okay, this is our first and last chat about babies.  Any other advice?  Ladies who’ve got kiddos, did the article leave anything out? 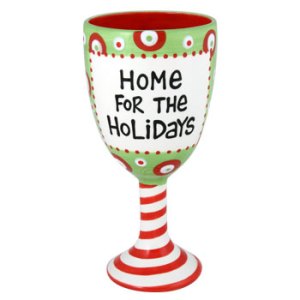 Have you and your honey discussed the holidays?  How are you guys planning on handling them?

I wonder if it matters how extravagant your fam is about the holidays…like, do you just chill or are they a big to-do?  For both The Mister and I’s families, it’s pretty chill.  Like we go to somebody’s house, make a plate, eat/chat/nap/repeat.  My family’s all over the country, so it’s nice that there’s not a big agenda because we don’t see each other very often and we just want to catch up.

How do your families react when you tell them that you won’t be around for Thanksgiving/Christmas/Hanukkah/Kwanazaa?  I could use some tips for softening the blow, because I’m clearly doing it wrong, lol!  My fam is always quietly ticked with me when I give them the news.

The other day when I was getting my nails done, the lady doing my toes started chatting with me and asking about my new marriage.  Then, predictably, the convo turned to babies.  Now I go to this shop all of the time:  went there with my bridal party, have taken my step-daughter there…they know me by name.  And here’s one of the things that I hear a lot from the ladies:  have a baby to solidify your marriage.  I mean, she didn’t say it just like that, but that’s the gist.  She actually said that marriage would be “better” once we had kids.  For unmarrieds, this is generally seen as being the most ridiculous thing ever, but for marrieds…apparently not.  It seems that anchor babies are all the rage.

Another thing that I’ve heard since I was a youngin was when folks marry who’ve already got kids, they need to have their own right away to make it harder for one of them to leave.  I guess the reasoning is that if you have a kid between the two of you, then you’re more invested in the relationship.

Surely I’m not the only one who’s heard this kind of stuff.  Am I wrong to think it’s hooey?  Call me crazy, but I’d hope that The Mister is all in with me already and I don’t have to trick him into staying with me by having an anchor baby.   Plus, I’m pretty sure I read in a Psychology Today that folks who have kids have more arguments, less money, and have less bedroom shenanigans…that’s a better marriage? Now if I remember correctly, the article also said that even with all of those negative characteristics, people love being parents and wouldn’t change it for the world.

Of course The Mister and I plan on having some kiddos, but I’d hope that the desire behind it wouldn’t be to make sure the other person doesn’t go running in the other direction.

Next Page »
The Happy Nappy Bride
Create a free website or blog at WordPress.com.